A while ago I was looking for a VM with SQL 2012 installed on it (and all the other BIDS and pieces :) because I was about to start learning for my MCSE and needed some serious SSAS training. Because I couldn't find one I decided to create one myself from a VM with Windows 8 on it. I did run into some troubles however..

I was going to install all the features of SQL I could possibly need, so also MDS, DQS, IS, RS, etc. After configuring everything the install started, but I rather quickly hit the first bump: 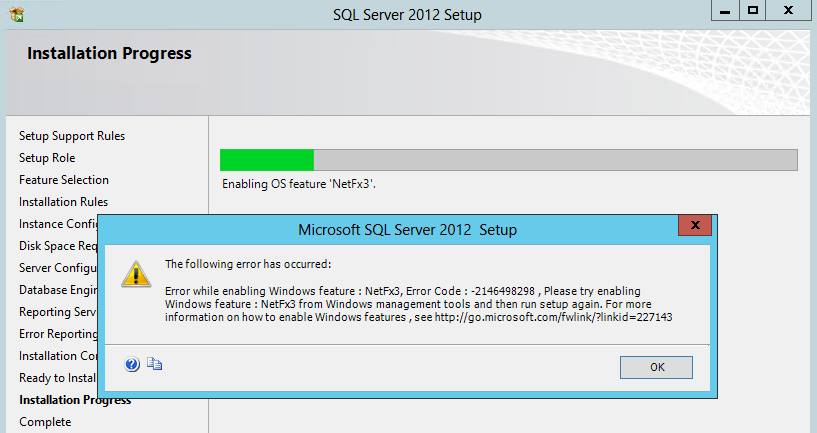 It did continue after that, but only SSDT was successfully installed as you can see.

Apparently, the install couldn't automatically enable the .NET Framework 3.5, so let's do it manually following the next screen shots. 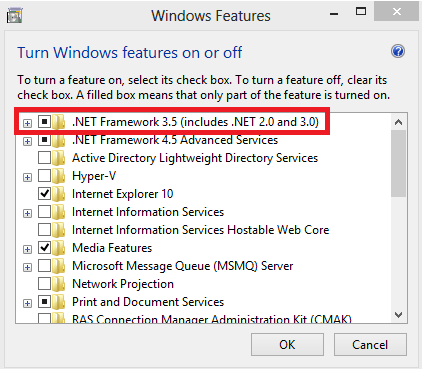 Windows will download the files if an internet connection is present. 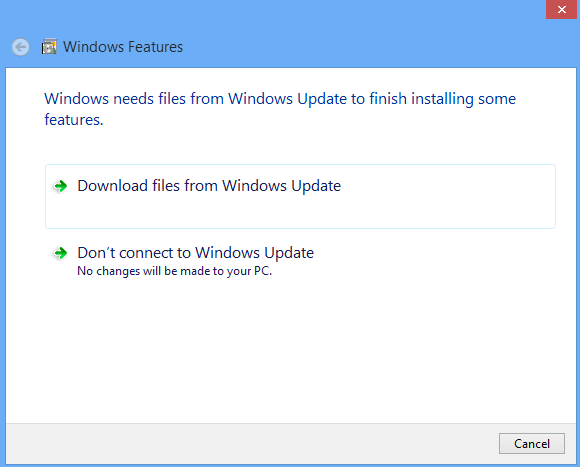 But unfortunately.. The install fails once again. No idea why.. 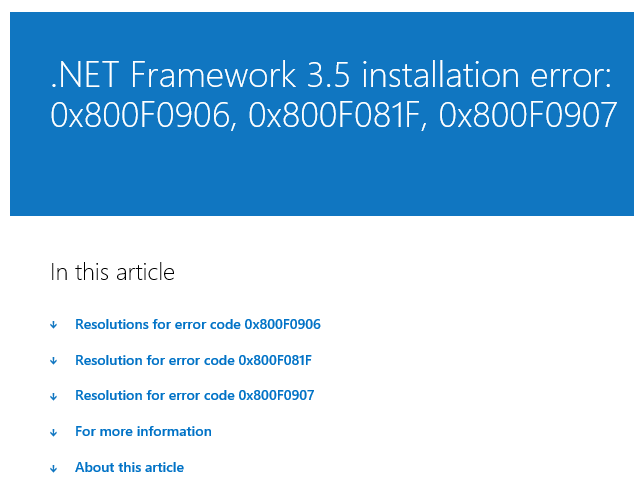 Nothing left than downloading and installing it myself from the Download Center. 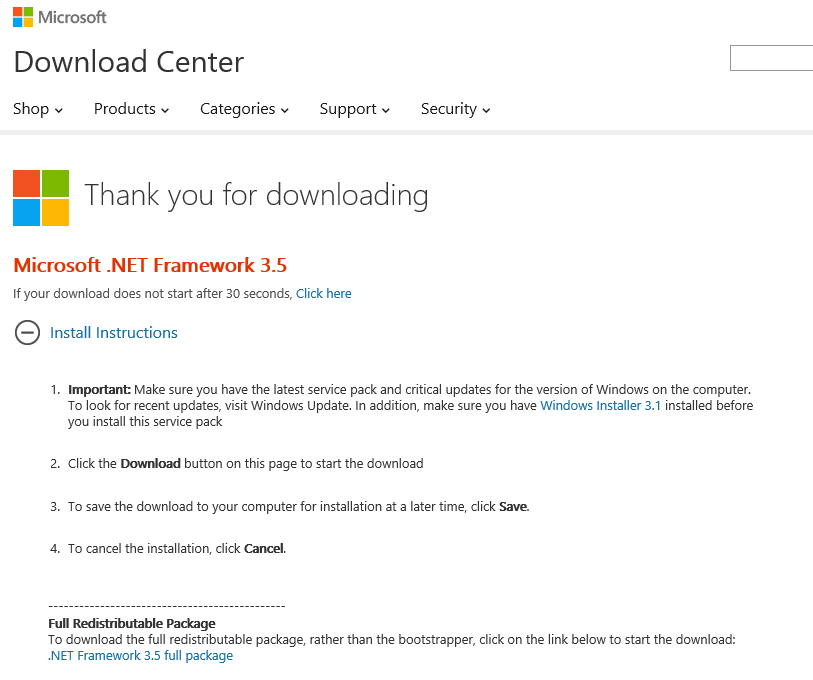 And finally, it installed successfully! 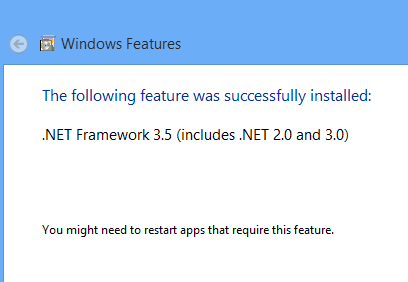 Now back to the SQLServer install and my study! :)

A few days ago I was trying to get some data from several tables from an Oracle server. A linked server was already created with the name SERVERA and I used four-part naming in the query.
The data of several tables was already imported successfully when I encountered the following error message for one table:

After excluding this column I still got the same error message, so I turned to Google and arrived at MS support.

Message 7 at the "Common error messages and how to troubleshoot them" section brings me a bit closer as it seems to address my issue.

It brings me to the following Microsoft Knowledge Base article: 243027. However, as you can read in the name of the KB: it handles Numeric columns in Oracle, while my column is a TIMESTAMP. That leads me to the definition of an Oracle TIMESTAMP data type:

The default is 6. So there are 6 digits of fractional seconds in the Oracle part of the data. However, SQLServer only has defaults of 3 (DATETIME) and 7 (DATETIME2, DATETIMEOFFSET). I think the query engine tries to convert it to a DATETIME2 and fails because of the default precision.


tl;dr
To solve this I used OPENQUERY in which I specified the query and explicitly CAST the value of the specific column to a DATETIME2 data type.

Just a quick post on an error I encountered when installing SQLServer Data Tools - Business Intelligence (SSDT-BI) for Visual Studio 2012.
The installation wouldn't even start because of a failing rule check:

Make sure you select “New instance” on the installation dialog if you have SQL Server x64 installed. Otherwise, you probably get the error stated above!

Well, that's it for 2014 then, it's been a year already. And we're already on our way in 2015. I've encountered several ups and downs last year, with Niels being the best of course!

I'm actually not that good in setting or reaching my goals, so I thought of writing them down, so I (or anyone who reads this) can at least hold me to it afterwards. :-)

Blog
I wanted to do more blogging last year. Well.. that turned out differently :) I just couldn't find the time or inspiration. I did have some periods in which I was somewhat active, but I need to get a more regular schedule. So, starting realistic and achievable, my goal is to get at least 1 post per month out in 2015 and also get my first #tsql2sday post.
And looking further on the horizon, I do some have speaking intentions, I just don't know when or what to talk about yet. I would like to explore this in 2015 a bit further.

Certification
It's been a while ago that I started my learning path to MCSE BI. Due to private matters my time dedicated to learning hasn't been that high in 2013 and the first months of 2014. Starting in March I dedicated some more time and finished 70-461 in April. In December I also passed 462 and 463 and so I finally got my MCSA! My goal is to get my MCSE in 2015, preferably before September.

SQLSaturday Holland
I also attended my first SQLSaturday event in Utrecht last October, meeting a lot of nice new #sqlfamily: Catherine, Clint, Grant, Jeffrey, Julie, Pieter and also renewing the friendship with old ones: Jen and Joost. It was a great event and I had lots of good sessions to attend. I especially want to follow up on Continuous Integration by Grant Fritchey (b|t). He also wrote a good article on SQLMag on this same topic.

Running
I'm also a fan of running and am finally training more in the last months (or at least trying to..). And now, I have set my mind on running a marathon with my friend Joost. Yes, the whole nine (or actually 46145) yards. The location still has to be determined. I already completed several half marathons, with the fastest last October in 1h45m.

Enjoy the year 2015 y'all!
Nicky
Posted by Nicky van Vroenhoven No comments: Links to this post