I’ve been meaning to write this blog post for some time now, but I never got to finish it. A little bit late, but here it is! 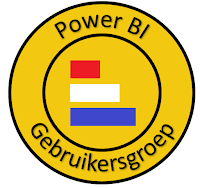 On November 29, the 19th Power BI User Group was held at our office in Den Bosch. Yes, that’s where the delicious “Bossche bollen” come from. This UG was officially called the Dutch Data Dude farewell tour, because @JeroenterHeerdt has moved to America to join Microsoft in Seattle, as you can read here.

After some delicious sandwiches, snacks and “worstenbroodjes”, Jeroen Schalken and I kicked off the evening with an introduction to data management and the introduction of Power BI at Van Lanschot Kempen.


Michiel Rozema and Henk Vlootman (Quanto) explained how to make financial reports with Power BI. A lot of organizations are used to financial reports in Excel. Readable for the accountant, but less accessible for management. How do you use the strengths of visualization of Power BI to create strategic as well as operational information? 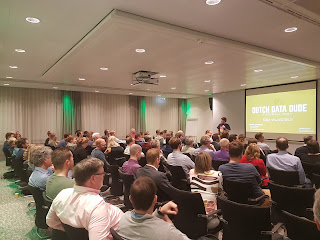 Jeroen ter Heerdt closed the evening and took us on a ride through his world of data visualizations: from pie charts (do NOT use them) to the three roles he thinks are needed for data management:
Making a good data visualization can be difficult. Jeroen showed us the do’s and don’ts to make even better visualizations.

We had a wonderful evening with some great conversations amongst the attendees. Thanks @PBIG_NL for the chance to host this evening!