A few days ago an open source fork of the Microsoft Windows Live Writer code was announced. It is now called: OpenLiveWriter. It makes it easy to write, preview, and post to your blog. The current release has version 0.5. 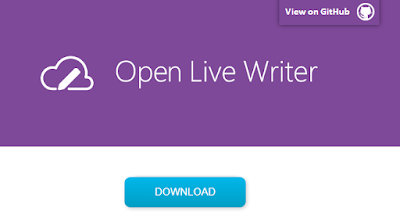 As I host my blog on Blogger I encountered some issues when I wanted to login to the application while installing it. According to the issue tracker at GitHub this was a known issue and is being dealt with in the next minor release 0.5.1. I hope they are able to fix this soon as I'm eager to try it out!

Have a look at the project on Github or see what they have in mind for next releases at the roadmap!
Posted by Nicky van Vroenhoven No comments: