It's not that you're not looking good enough. Just move to the United States and all will be solved...

~30 minutes earlier
So I wanted to get the 64-bit stable version of Chrome and as several websites point out, you'll have to get it yourself explicitly because it won't update to the 64-bit version. Well that's fine, I just go the the website I was pointed to: https://www.google.be/chrome/browser/
Unable to see the specific link to the 64-bit version I just hit the Download button and hope I get the chance to choose between 32- and 64-bit later. Well, that's not going to happen.

After searching for a few minutes (yes, in Chrome...) I keep coming back to the same page and not seeing anything about a 64-bit version of chrome.
Then I scroll down the site and see a little language-selection drop-down (or actually a drop-up). 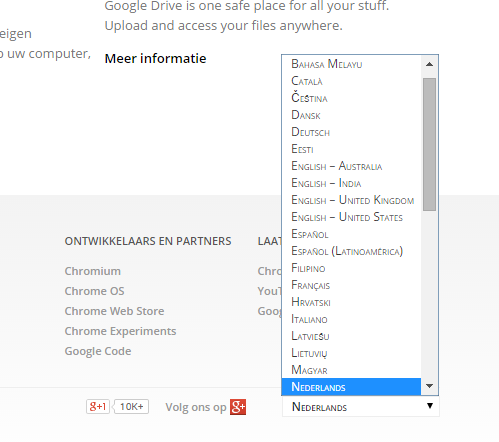 When I set this to English - United States a download link magically appears beneath the Download button... After checking, all the English languages seem to work, the other are not working.

Thanks for that Google.
Posted by Nicky van Vroenhoven

Thanks for taking the time to provide feedback!